An introduction to saving money on funeral costs using the essential Save Funeral Costs guide.

Research found that one in five families experience financial problems financing a funeral.

This guide is to help many people who either wish to save money, personalise a funeral, or are on a tight budget.

Some people may like to use a high street undertaker that they may have used before, but personalise the funeral and save costs by following Steps 2, 3, and 4. Further savings could also be made from some Disbursements and looking into Cremations and Burials. Any saved monies could then possibly be used for a memorial service. Likewise, some people may not be able to afford a high street undertaker but still wish to use an undertaker. In this case, Steps 1, 2, 3, and 4 should be looked into, as well as Disbursements, Cremations, and Burials.

If the deceased has died as a result of a crime, then compensation may be able to be claimed. You usually have to claim within two years of the crime, and the crime must have been reported to the police before you apply. If in doubt always check with either the police or a solicitor.

About the Save Funeral Costs Guide

The following guide is deliberately short and simple, as most people faced with having to organise a funeral often want things to be as simple and worry-free as possible. The easy to follow advice can save a large amount of money, without a lot of work. Saving funeral costs, cheap funeral, cheap burial, cheap funeral directors near me are all heavily searched for topics on the internet, as many people struggle to finance a funeral. Whilst there is a lot of information available, it can be confusing when searching from one source to another. This guide aims to keep everything together, and is designed to be of help for terminally ill people such as cancer patients.

Many people reading this will understand that when a loved one passes away it can be an emotional and sometimes stressful time worrying about organising and sometimes financing a funeral. As people are upset, often not thinking straight they put the funeral into the hands of a local undertaker without thinking of shopping around.

I wrote this guide after a relative died and the funeral had to be arranged. I visited the same undertaker that my family had used for over thirty years. They had always provided a good service which was not overly expensive in the past. As usual, the undertaker went through all the details and lastly told me the cost. At the time, I was shocked as to how costs had risen for a basic cremation with one hearse, one limousine and a basic coffin. A local vicar would carry out the service. I then telephoned three other established high street undertakers, all the costs were in the same range and one even increased by another 20%.

After registering the death and after some looking around I contacted a low-cost undertaker. The undertaker said the cost would be half of the same funeral service that I had been quoted for two days before. As most people would be, I was wary as to why this was such a massive money-saving for the same service. It sounded too good to be true. Yes, I would like to save monies, but likewise, I did not want a ‘cheap’ poor quality funeral.

The answer was reassuringly simple; the company I telephoned are a low-cost independent undertaker without a high street shop, sometimes referred to as an online undertaker. However, importantly they also promote a fully dignified funeral at a lower cost. They have lower overheads than other undertakers as most low-cost undertakers do not have a shop. This is not a problem as they can arrange, often with a shop-based undertaker, for the family to see the deceased in a chapel of rest. By having lower overheads, the online undertaker can reduce their costs.

One of the other reasons for low-cost independents being less expensive than most other undertakers is that various others are owned by one of the few large national companies. Although in most cases the name of the undertakers is on the shop front, they are not independent. For example, a family business of J Smith & Son undertakers may have been in business for many years and then bought out by one of the large nationals but still, trade as J Smith & Son undertaker. Many people are often not aware that their local undertaker has been bought out until they receive correspondence for a funeral. Low-cost undertakers often prove the best way to save for a funeral. End of life patients attending cancer treatment, will often appreciate putting things into order and a direct cremation is often the best way to save for a funeral.

As most people are aware, once a large company starts to take control of smaller independents, costs can increase. The Competition and Markets Authority (CMA) were investigating the funeral industry and pricing. Leading national newspapers as well as MP Lord Frank Field have also spoken out on the CMA investigation.

The online undertaker that I spoke to asked if I was going to arrange someone for the service or if I wanted to use a minister, which they could recommend. I said I would like to use a Salvation Army officer for the service. Undertakers make a charge for contacting the local church office to arrange for example a vicar to conduct the service. In other words, if you were to arrange this yourself, you could save money. Purchasing a coffin and details of reception venues, saving monies for both is also explained in Steps, 1, 2, 3, 4 and 5.

To simply save much expense you could just use Step 1. However if you are able to put in a little more time you could save more money on the SERVICE, COFFIN, and RECEPTION then you could look at the other Steps 2, 3, and 4.

There are useful contact details for funeral services and suppliers listed here. 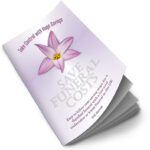 The full version of the Save Funeral Costs book is published on this website for FREE and is available to buy as an ebook or paperback using the Buy buttons located throughout this site.

Buy the Save Funeral Costs ebook
Covered by a 60 day money back guarantee.
BUY NOW for £6.47

Please note: Save Funeral Costs is a downloadable EBook, no physical book will be shipped.
IF YOU WOULD LIKE A PAPERBACK BOOK SHIPPED FOR £7.47 + SHIPPING THEN PLEASE CLICK HERE
30 DAY MONEY BACK GUARANTEE ON PAPERBACK BOOKS.